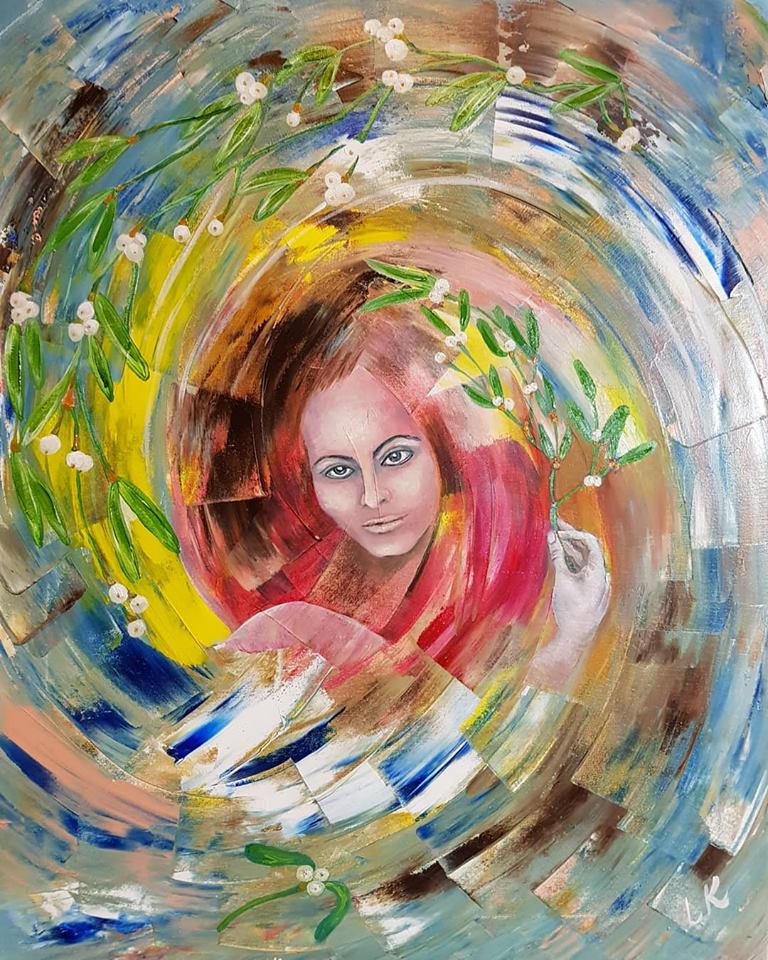 The ancient Druids believed that mistletoe could was a sign of the great sacredness. The one which was growing on the oak was cut of with the golden sickle by specially initiated priests during a special ceremony. people in Celtic and Teutonic traditions believed that the mistletoe could perform miracles, heal and protect.

Very interesting that the myth about mistletoe exist in Scandinavian tradition despite the fact that the plant does not grow on the most of the area. The story goes that Loki tricked the blind god Hodur into murdering his own twin brother Balder with an arrow made of mistletoe. The mistletoe was the only plant to which Balder was vulnerable. The Prose Edda tells us that “The second son of Odin is Baldur, and good things are to be said of him. He is best, and all praise him; he is so fair of feature, and so bright, that light shines from him. A certain herb is so white that it is likened to Baldr’s brow; of all grasses it is whitest, and by it thou mayest judge his fairness, both in hair and in body” (Brodeur’s translation)

Many pagan cultures regarded the white berries to be a symbols of a male fertility, because mistletoe seeds resembled a semen. For example in Celtic tradition it was a sperm of Taranis, a personification of thunder.

For Romans mistletoe was a symbol of peace and love, they believed that it can protect the home if hung over doorways. It is where the tradition of hanging the mistletoe comes from. 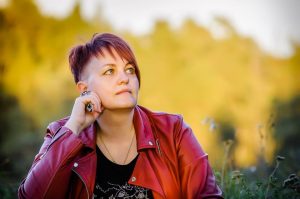 I am an independent British artist of Baltic-Slavic origins based in West Sussex, UK, who practices art as a form of a ritual.

I see faces and shadows in marks, cracks, accidental shapes. Those shapes and shadows just need a bit of highlighting or outlining to help them to emerge fully. So I don’t paint my works, I just help spirits and energies to be more visible.

I started to paint when I was little; at the age of 6 I won some international children artists’ competitions and was the youngest student at our local children art-school.

I was very attached to my art-teacher. When she left our town, I stopped painting and didn’t paint until the age 39 when when I was recovering from my surgery and tried to beat my depression and PTSD. Since then I paint all the time.